Coworking spaces are again proving their value extends beyond the physical workspace, employing their spirit of community to engage members in difficult conversations typically regarded as ‘treacherous’ by companies in traditional office settings. Our Denver coworking space, Enterprise Coworking, leans into sensitive subjects by encouraging members to engage in their community book club discussions on topics of diversity and inclusion. 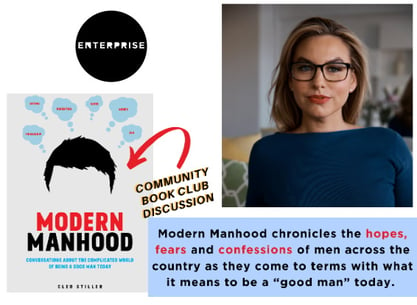 The idea was formed in the weeks following the nationwide protests over the killings of George Floyd and Breonna Taylor. As a nexus of people, ideas, and backgrounds, we found ourselves uniquely positioned for members to discuss issues of social importance without fear of HR scrutiny.

“Nobody was having these conversations in the workplace,” says Katie Vaughan, Director of Operations at Enterprise Coworking. “And when you have these conversations at home with friends or family, you’re most often speaking to people with similar stances. We felt by bringing people of different backgrounds and viewpoints together, we could take people out of their comfort zone and engage everyone in meaningful and moderated conversations.”

Our first book discussion held back in July, followed the book So You Want to Talk About Race by Ijeoma Oluo. The discussion stretched a full hour, and maintained intense yet respectful exchanges, with many members sharing their personal experiences.

This month’s book discussion features Amazon’s #1 New Release ‘Modern Manhood: Conversations About the Complicated World of Being a Good Man Today’. Facilitating the discussion is no other than the book’s author Cleo Stiller, a Peabody Award-winning journalist and member of Enterprise Coworking in Denver. 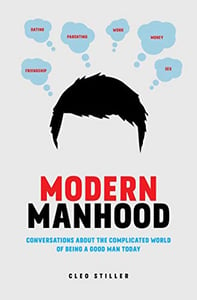 The book chronicles the hopes, fears, and confessions of men across the country as they come to terms with what it means to be a “good man” today. Rather than a prescriptive approach, Stiller interviewed 100 men ages 18 to 62 from around the country, analyzing their stories, questions, and concerns as they pertained to being a man in the age of #metoo.

“I found that everyone has a story,” says Stiller. “Men wrote in expressing their fears about doing or saying the wrong things that could get them in trouble. Men were afraid to hire female staff. Wives were telling their husbands not to mentor women in their company. And I found HR departments were too afraid and unwilling to touch on these subjects out of fear of legal backlash.”

Stiller speaks regularly around the country about her work and social impact, including workshops for businesses to educate men and women on how they can best navigate the #metoo era and beyond. She hopes to conduct 25 of these workshops this year. The book discussion on April 14th at Enterprise Coworking ran as a condensed version of her business workshops, drawing in members from different backgrounds who shared their own stories and learned from others.

“A coworking space is sort of like the new ‘town square’,” says Stiller. “It’s a place where you can have productive discussions with people in your community that are maybe unlike yourself. And because the conversations are not happening within your own company but rather between individuals of many companies, people are more likely to open up and speak their mind. That’s when the fun begins.”

‘Modern Manhood’ was recently optioned to a production company out of LA called Gunpowder Sky and has partnered with the creator of Netflix’s ‘Bling Empire’ to develop the show. Stiller is an executive for the show and will continue to provide her guidance and input.